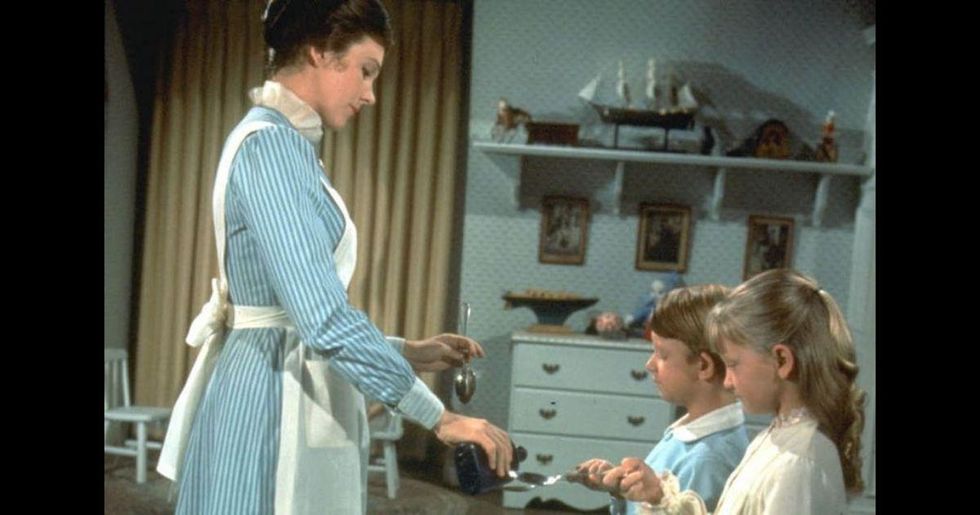 Just a spoonful of sugar makes the medicine go down…in the most delightful way.

There are certain songs from kids’ movies that most of us can sing along to, but we often don’t know how they originated. Now we have a timely insight into one such song—”A Spoonful of Sugar” from “Mary Poppins.”

It’s common for parents to try all kinds of tricks to get kids to take medications they don’t want to take, but the inspiration for “A Spoonful of Sugar” was much more specific. Jeffrey Sherman, the son and nephew of the Sherman Brothers—the musical duo responsible not just for “Mary Poppins,” but a host of Disney films including “Chitty Chitty Bang Bang,” “The Jungle Book,” “The Aristocats,” as well as the song “It’s a Small World After All”—told the story of how “A Spoonful of Sugar” came about on Facebook.

“When I was a kid, they rolled out a vaccine for polio. We were given it at school on a sugar cube. I went home and my dad, who was working on Mary Poppins, asked how my day was.

What I didn’t know was that Julie Andrews who was hired to play Mary had not really liked the song my dad and uncle had written -‘Through the Eyes of Love’ – and it was rejected. It was their favorite song for the movie.

Walt asked the Sherman Brothers to come up with a new song that would be in line with Mary’s //Julie’s philosophy.

Dad asked me how my day was and I told him about getting the polio vaccine at school.

I was known for rejecting the booster shots at my doctors’ office and running away.

I told him they put it on a sugar cube and you just ate it.

He stared at me, then went to the phone and called my uncle Dick.

They went back to the office and wrote -‘A Spoonful of Sugar’ (‘Helps the Medicine Go Down.’)

Sherman added a timely note about our current circumstances as well:

“For anyone I know here on FB, trust the doctors. When the vaccine for Covid comes out, get it.

We are all codependent on each other in this pandemic. Trust science and doctors and epidemiologists.

We are a small world and we will beat this enemy if we listen to those who know.

Be safe. Wear a mask. Be kind and thoughtful and considerate to your fellow man and woman.

We will beat this.”

It’s good to recall how devastating diseases like polio and smallpox have effectively been eradicated through widespread vaccinations. Most of us aren’t old enough to remember when polio was around in the U.S. (we haven’t seen it here since 1979), but talk to older folks who lived through people being disabled by it and they’ll tell you it wasn’t fun. It’s easy to take for granted the fact that we don’t have to worry about our kids contracting polio, but that’s not something that just miraculously happened. Smallpox and polio vaccines are great success stories of modern medicine. Time will tell, but the COVID-19 vaccine may end go down in history as one of humanity’s most impressive scientific achievements as well.

Unfortunately, a spoonful of sugar won’t help make the COVID-19 vaccine. But if we’re able to safely return to normal life in the near future, the outcome will be sweet indeed.

Source: The delightful—and timely—story of how ’A Spoonful of Sugar’ ended up in ’Mary Poppins’

What do you think?

Sorry. No data so far.

Don’t miss out on new posts

Your password reset link appears to be invalid or expired.

To use social login you have to agree with the storage and handling of your data by this website. %privacy_policy%

Hey Friend! Before You Go…

Get the best viral stories straight into your inbox before everyone else!

Don’t miss out on new posts!